Gary, Indiana native, GI Gizzle currently based out of Minneapolis began his music career at the young age of 12, rapping and writing lyrics. He has collaborated and rubbed elbows with some of the industry's top artists including Boosie, Sauce Walker and more, along with some of the top producers. While his roots are deep in northwestern Indiana, he moved to the Twin Cities of Minnesota at a young age and continues to go back and forth for his music career. He prides himself on originality and… Continue

jordan's first single from the 'Swing Your Sword' EP 'Bigbodythehills'

jordan is an American vocalist and guitarist from North Carolina. Genres by themselves are limiting... so he uses multiple to tell stories. From a young age jordan was drawn to instruments, and developed his blended sound early on by exploring many over the years.

jordan is joined on his journey by 'Halo',…

(May 28, 2020) Billionaire Burke Music Group is excited to announce that Billionaire Burke is back with a new EP!! Coming quickly after the success of the massive hit single ‘My Slime’ feat. Gunna and his debut album ‘Rise to Greatness’. ‘Clear The Air’ is the EP you have all been waiting for. Which includes the hit single “Whg5pty”. This 7 track EP has it all!

With features from Cheeks Bossman, Taleban Dooda, & Rees Money this EP will not… Continue

After graduating from college in North Carolina, Banx wasn’t surrounded around much motivation. Many of his childhood friends either turned to drugs or the streets, so Banx had to make a decision on the type of person who he wanted to become.

Isolating himself, he began to pursue and practice music as a way to channel his… Continue

St. Paul, Minnesota; DB THA RASTA (DB), born in 1989, American Hip-Hop artist drops his latest mixtape “Just a Reminder”, hosted by DJ Enferno. “Just a Reminder” is a solid 11 track project which features a wide variety of sounds, through the assistance of various producers while DB Tha Rasta does what he does best…drops dope lines with remarkable delivery guaranteed to make you vibe throughout the entire project. DB is not a rookie in the hip-hop industry, his first record, “Trap Boomin”… Continue

Miami like most cities ha been grappling with the effects of the Coronavirus. The usually teeming…

[NEW] @savannahlathem Song & Role in Lionsgate’s 'Hell On The Border'

Actress/Singer/Songwriter SAVANNAH LATHEM has a Feature Song and Role in Lionsgate’s film Hell On The Border,

A True Story about the First Black U.S. Marshal

(Los Angeles, CA) – Savannah Lathem is on her way to stardom with a featured song and a role in…

Billionaire Burke expresses relentless determination and passion in his debut project entitled “Rise To Greatness” that is released via partnership with Empire. Building a foundation solid to notably house artist with the development and backing of a record label, BBMG (Billionaire Burke Music Group) was established. With standout tracks like “My Slime” featuring Gunna, “WBC” featuring Yella Beezy, and “10 Ten Toes…

Yasmin Ray was born & raised in Vancouver, BC has had stardom in her stars since day one. Growing up, her father was a vocal coach and a praise team leader, which heavily influenced Yasmin early on in life. However, given that she was very shy as a child, it wasn’t until she was in high school that she… Continue

This year marks the 12th Anniversary of DJ HeadBussa’s Celebrity Birthday Week April 26 - May 1 benefitting the National Ataxia Foundation. HB Week’s mission is to: Educate, Inspire and Uplift the urban community in Tampa Bay through various…

"Dis Wat U Came Fo" is the first single released from OG Charlie Blk and Gino Ca$ino's upcoming project "Off Papers" that will be released later this year and sure to be a banger for the summer.… 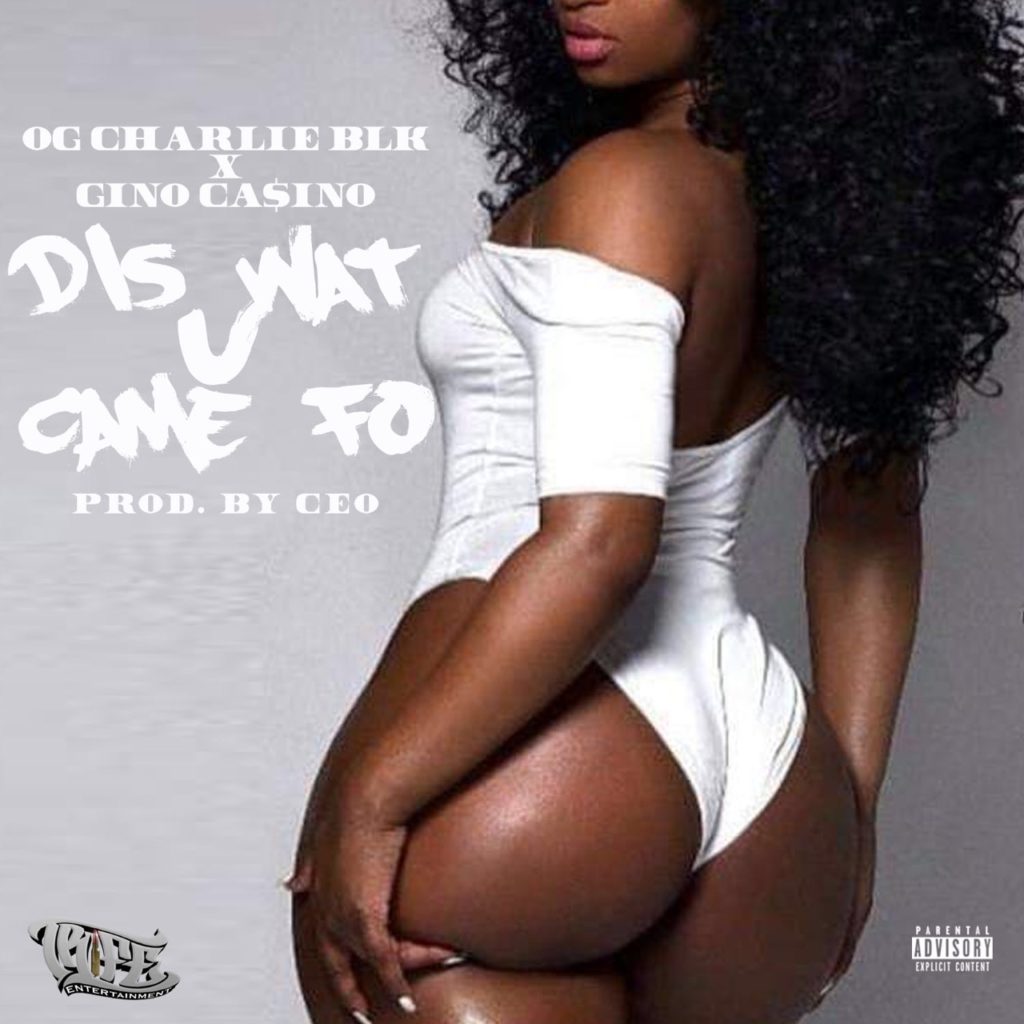 It’s almost time for the biggest event of the year…Sunday, May 19th is the 11th Annual SCM Awards brought to you by Jay Shields Promotions. The SCM Awards is an annual awards ceremony and networking experience that recognizes the achievements of underground, independent and major Hip-Hop and R&B artists, deejays, models, music and video producers, dancers, record labels, business owners, designers, stylists, and more. The SCM Awards aims to show appreciation for… Continue

[Mixtape] Behind The Frames 'Misinterpreted'

BTF aka BEHINDTHEFRAMES was born in New York and raised in Florida.

During his earlier years, he fell in love with Rap. With a strong sense of self and pride, his presence gives a statement that you don't have to pretend to be something you're not to be a Rapper. Giving full respect and appreciation to all legends, for his storytelling flow is influenced from a wide range of Rap/HipHop classics; BTF strives to honor the genre by maintaining the…

Professionally known as KidLace, is a trap soul rapper/songwriter. After the passing of his mother, KidLace moved to Chester, PA where he became a member of L.O.A.D Entertainment LLC & began his music career. Inspiration behind The Trinity? Trinity is the state of being three, Three different stages of the way we listen and view music. “I wanted to give my audience three different types of sounds to show my own style & originality, So I linked up with Super Producer “M-Rrrrr The… Continue

Born Airel Culver , better known as Young street nigga Juvy or “ YSN Juvy “ . I was born & raised in fort pierce fl , where the crime rate is high . Mostly unsolved murders & and robbing goes on , my dad was never around , leaving my mama to struggle every moment of my childhood which made me leave home and get in the streets . I was arrested numerous times as a juvenile in and out of trouble couldn’t stay in school , it was nobody to support me I had to get money . I started rappin…

[Single] Trippy Jay 'In My Bag'

Trippy "First of all much love and respect for all my fans and people that believed in me with my dreams. I can Honestly say they are coming True. I'm signed with Absolute entertainment (@absolute_ent) with out them I don't think I could have gotten so far so fast. It's more than just business with us it's family! I'm pushing two Singles right now "all in my bag " and "water whip". Streaming on all platforms, you can follow me @mwt.trippy on IG . Best way I can describe who I am is through my… Continue