Heistheartist is not your average singer/songwriter. His music roots are deep within folk and pop, with a sound that reminds of artists like John Mayer, Ed Sheeran, or Sheryl Crow, only to mention a few!

DADDYPLUGIN is a mild managed music producer residing in New York. Born on Sugar Hill (Harlem), he moved to Long Island New York, studied music formally in Boston and toured the American south R&B scene. Because of evolution, he now…

Yetti Boss of Rich Fly Gees is a recording artist from Queens, New York. He is one half of the rap duo- Rich Fly Gees. Recently, he pays homage to credible messengers and notable movers and shakers during a trip to Los Angeles, California. During his trip, he was asked to shoot a music video for a new song called “Wild Way” in “Bompton”,…
Continue

If you must define Skvd Rock's sound-one may say that it is hardcore gritty rap/hip-hop from the dirty South.…

Multi-talented artist, Therese Marie is an American Pop, Country and Gospel artist from Missouri. She was introduced to music at a young age and has been making moves ever since. At sixteen, one of her accomplishments includes becoming a business major in college. Her desire to pursue a career in acting impacted her decision to further her education.…

California Artist, AseCard teams up with Jon Dough and Rocstar 1.11 on his latest single, "Wave In The Desert"

Popular NorCal artists AseCard, Jon Dough, and Rocstar drop a vibrant visual to their high bass banger, "Wave In The Desert". Catchy, real-life lyrics over a speaker pounding instrumental is the perfect combination…

NEED TRACKS FOR YOUR NEXT PROJECT? BENNY BEAT-MAKER IS YOUR ANSWER

"When you grow up doing music in the Jackson Heights projects- the New York borough of the Bronx--You must remain focused and dedicated to your craft. Benny BeatMaker is one of the contenders. Thirty-four-year-old producer, Benny BeatMaker has been making beats ever since he was eleven…

Rajan Sahota is an emerging hip-hop artist originating from Punjab, India. Now based in Sacramento, California, Rajan Sahota seeks to leave an impact on the world through his music. Since the age of five, Rajan has been a percussionist. Living in a musical household, he has…

Multi-Talented artist, Lil Unfufu unleashes the visual to his debut single, "A 1000 Ones "

Rapper/producer Lil Unfufu (born Gregory I. Pulliam) grew up in Jacksonville, Florida. Listening to all types of music and it shows in his body of…

Back in 2016,  while in Thailand,  the artist SlickMick got hit by a car. The result was several broken bones and having a bleed on his brain putting him in post-traumatic amnesia for several months. He loss the ability to make or retain new memories. Now three years later, he's recovered, back in Thailand and doing the same old thing-music! Recently,…
Continue

Hailing from Tampa/Kissimmee, FL by birth and spending much of his childhood in NY, 19-year-old Kilo is sharing messages through his music. At just the age of 16, like many youths of this generation, Kilo had experienced more than his fair share…
Continue

Los Angeles native, DJ Greenguy's album DJ Greenguy Presents: McKoman Doni N Friends made its debut and has the industry buzzing, The 16 track album includes the lead singles, "Hands Up Don't Shoot." and "St Dreams Street Fame." The single “Hands Up Don’t Shoot” is the first to be released from the upcoming…
Continue

Philadelphia's very own, Douglas Richardson is a BeatMaker and Music Producer. He has done collaborations with unsigned Rappers. This is where he met with them on all social media platforms like; Twitter, Facebook, LinkedIn, and…

North Carolina Recording Artist, O.W.E makes a comeback with his latest single, "We Are 48Street"

When you believe that you can deliver - Outstanding Work Everytime-failing is not an option. O.W.E. is a 48Street Entertainment artist, who took an interest in music while he was in the US Army. The Author and Motivational Speaker served several tours in Iraq and Kuwait. During his time in the military, music was a way to express…

Nudi Blockchain is a rapper who resides on the east coast, The New Jersey and New York City area to be exact. His ties to the streets kept him in and out of the studio part-time. Nudi was born in New Orleans, raised in Bremerton, and beat the odds in Seattle, Washington. Although life…

Loop Around is a blend of traditional Indian and Punjabi sounds mixed with R&B, Hip-Hop, and Trap music to create an entirely new experience for listeners. Chris Scholar brings his signature R&B flavor, while Tyeler Reign, winner of Season 5 of LifetimeTV's…

The  Indie R&B and Pop singer, Corrielle is currently based in Phoenix, AZ. Corrielle is no stranger to the industry with her singles "Catch Up, Keep Up" and "Honey." Her latest single, "Honey" shows more control with her vocals and versatility. The song was p…

The members of Urban Fu$e hail from all over the world and are truly a reflection of diverse cultures and different approaches to music fused into one single sound. A strong dance beat is the hallmark of UF no matter the genre: Hip Hop / Rap, Dance Hall, V-Pop, Afro, Latin, UF does it all!

Why do they call… 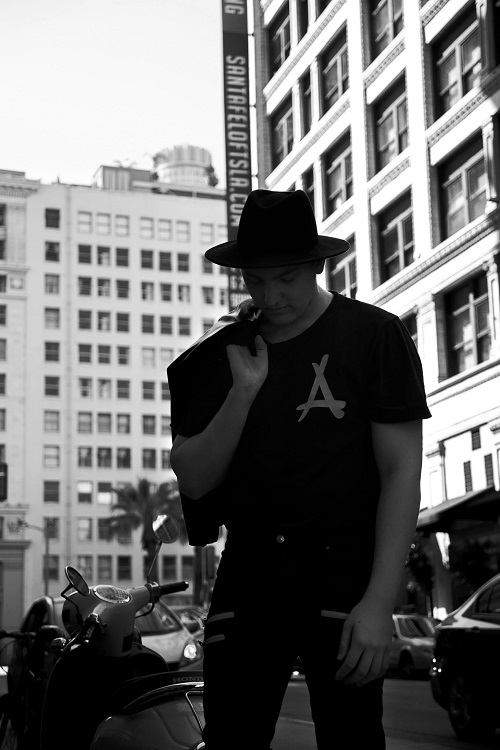 Hailing from Orange County, California, has been releasing music for over two years that feature prominent singers and rappers including Eric Bellinger and Problem. The music he creates represents his background growing up in southern California and recognizing the many…