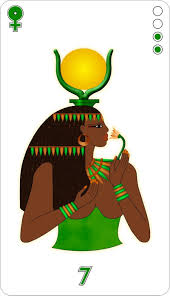 What iz Orgone Energy??? Orgone Energy iz Kundalini, Prana, Libido, Desire, Arousal of the Life(ANKH)force...The Sacred Sexual Unification of Male and Female Beingz, *(Orgazm)* and Procreation...The same Energy That Flowz during Sexual Embrace iz present in ALL Nature, "Living" and "Non-Living" and Governz the most Significant and Widespread Natural Functionz. Wilhelm Reich, the most Brilliant of the Psychoanalyst of his time believed that good orgasmz(CLIMAX) made the difference between Sicknes and Health, Life and Death... During Climax your brain releases the pleasure hormone OXYTOCIN the "Love Hormone." In Women, during orgazm the Amygdala, a part of the brain associated with Fear and Anxiety shows little or no activity...There is much POWER and HEALING in Orgazm...A man's Semen has mood altering hormones in it that can make a woman less derpressed after he ejaculates into her...Most of these hormones are found in a woman's bloodstream shortly after ejaculation...