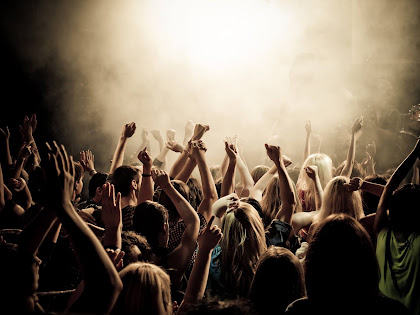 Bless Up Records has been focused on empowering independent music since we were established. It is time to take that to the next level. At the moment rich executives are making more money off music than the people who actually make the music. These businessmen are enslaving artists and forcing them to create unnaturally, as well as altering what they actually stand for. This led us to ask, "What if there could be a music industry that is controlled solely by musicians?".

The music business has a long history, during the 20th century labels had a strong grip on the industry. At that time, it was almost impossible to succeed independently, until the 2000s. When Napster started major labels were in danger of going out of business, because all the music that had to distributed physically could now be downloaded for free online. This was a great step forward for independent music and opened the doors to digital distribution. Around the same time iTunes was released and that saved major labels from bankruptcy but left a gap for the independent market too. Today any artist can make it big from their own home studio with the right equipment and mindset. Everything that used to make record labels necessary has now almost completely diminished.

The only way we could render major labels obsolete is by educating enough artists on the fact that they do not need a record label. Show them how to go from musicians to entrepreneurs, the thing is a lot of artists are simply lazy. These artists that sign major deals just contribute to the overall problem. It is Label VS Artist in most cases. Artists will typically show off being signed to a Record Label and value the relationship, while the only thing the record label values about the artist is the money they can produce. If you are an artist in this position, where a major label is offering you a deal, it is proof that you could just as easily make it on your own. Record Labels have spent a lot of money on marketing the idea that you need a record label to succeed and they have done so with much success, do not fall for this fake theory. As an artist you can make a full living by monetizing your talents and creating a business around your music. We can't remove major labels from power completely but we can loosen their hold on music internationally.

It is time we learn from artists like Jay-Z, Dr. Dre, Sean Combs and Nipsey Hussle. They understood that winning the game was not playing the game but starting their own. Yes, taking over the music industry is a tall order but if we all combine into one movement, all independent but with the same defined goal, we can do great things. It will be a lot of work and it will be a long journey but we need to fight for our music, we need to fight for our musical freedom.

"Get Up Stand Up, Stand Up For Your Rights" - Bob Marley

The next move for Bless Up Records is our label album. We have been developing talents from across South Africa. Giving artists, that otherwise would have no opportunities, a chance to make it in the music world. There will be a big name from Hip Hop featuring on our album and that will supplement our success and the success of our nation.