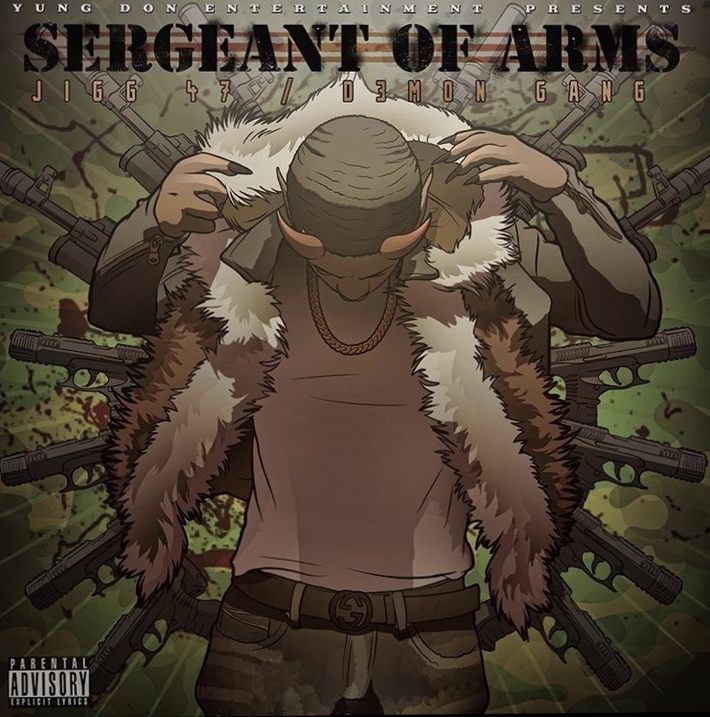 Born November 30th 1991 in the state of Massachusetts, Devaun Archie aka Jigg 47 has always had a passion for music. Shortly after moving to the mid west in Grand Rapids, Michigan, Jigg began writing music at the age of 13. In early 2012 shortly after turning 20, Jigg happened to run into some trouble with the law and was facing 6-60 years. While serving his sentence in MDOC, he used most of his time writing music as a way to escape his incarceration. After 7 years, he came home swinging ready to begin a new journey.

He started his own label “Yung DON (Day One Nation) Entertainment” and even signed a joint venture with AWAL/Bizzness Class Association. He debuted his first EP Entitled “Sergeant of Arms” January 2nd 2020. The 2-Track EP is a teaser to say the least, Jigg reflects on his past and current life in the streets of Grand Rapids aka Gun ru over a grimey mid west trap sound. Having been incarcerated for the last 7 years, #SOA is a toast to his freedom & further success as an artist & label owner. After also launching his “Demon Gang” collective under YDE, Jigg is ready to take over the world and create an empire.