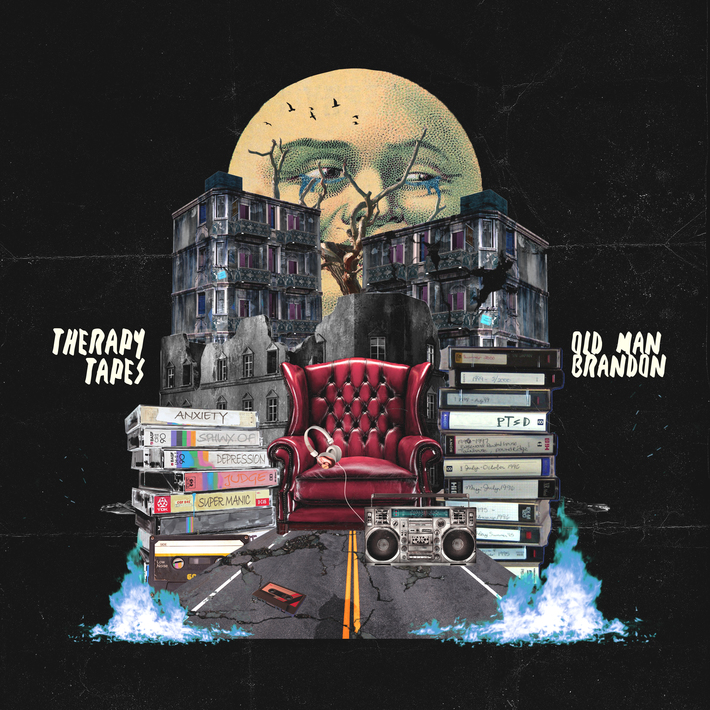 Old Man Brandon is rising artist who used to go by a different artist name for over a decade when he did music & film. He walked away from that a few years ago and decided to start over. In early 2021 Old Man Brandon had a breakdown and went into therapy and ended up losing his job of 15 years. While battling many mental illness issues like PTSD, anxiety, depression, and other things. He has since recorded "Soldier Of God" & "Made A Change" in 2022. After being down a few months and not being able to record anything due to a medication that effected him VERY badly. Once he started to ween off of it and come out of it he recorded "Therapy Tapes". This is Old Man Brandon's 5th album under the name Old Man Brandon that came out 07/08/22. This album is definitely darker than his other stuff. Old Man Brandon says "in all honesty I am worried some might take it the wrong way. I was in a very bad place and recording this really helped me crawl out a hole.". Check out Therapy Tapes below now.