Zachery Le'on is local MC from Indianapolis, IN who began rapping at the age of 19. Zachery's music is influenced by the culture of Hip Hop and R&B, and his lyrics directly reflect the environment that he was raised in. He focuses on creating change in his community and educating the young black culture in Indianapolis with his words. While always showing off his golden era style flow and skills proving that true Hip Hop is still alive and well.

Zachery released his first official EP in June of 2014, entitled Thr33P's, which stands for Patience Prosper and Progress. This project is a reflection of these phase of life and music that he was experiencing at the time, which required a great deal of tolerance in order to advance as an artist. His most recent project entitled Circle City Murals, released in May of 2016. This project is all about his life growing up in the "Circle City".

Zachery's music has been featured in blogs, magazines, and internet radios. He has performed at numerous venues across Indiana and Chicago, IL. He is currently the head of the artistic collective known as TheVillage which is home to local MCs Roj Mahal (Indy) and King Tron (Chicago). Zachery is also affiliated with Strong Roots Records and often performs with the crew of local artist. Zachery's music can be found on Soundcloud, YouTube, and on his website at zacheryleonmusic.wixsite.com/zacheryleon. 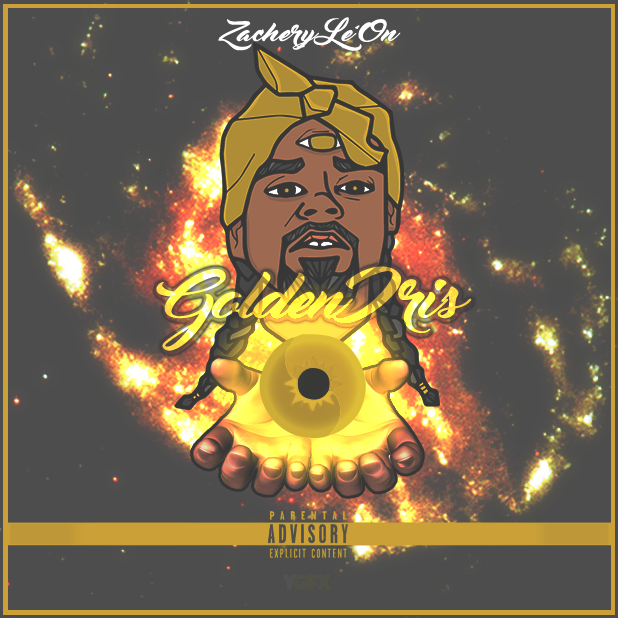 Golden Iris is what I like to call "New Age Boom Bap", something that I've been creating and leading to master for sometime now. The beat, hook, flow, and melody all consist of a mixture between old and new. I'm a conscious rapper I make conscious music so when I began writing this track I told myself I need to master the new sound of instrumentals with my old school flow. I reached out to producer Smitty The BG who I came across on soundcloud while I was browsing for new production. He sent me a small catalog of snippets and immediately I came across the beat for Golden Iris. The song reflects how the truth lies in music and how music can be used to express who you are as an MC. I did my best to stick with the roots my of Boom Bap style while laying it on a hard hitting new age instrumental. In this song I express who I am, where I came from, what I believe, and where I'm heading. Allowing people to get a glimpse of what "New Age Boom Bap" really sounds like.