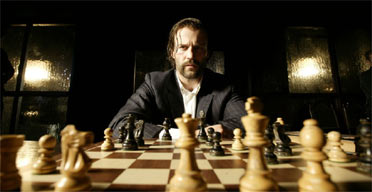 1. An automatic defense system set up by the ego to defend itself from a perceived attack. Typically, the response is rooted in emotion instead of logic and reason.

2. A moment in time where one "steps outside" of their own logic and reason in order to justify their own ego. This is a gateway to the Desperation Lit, Imma Get You Back Lit and Put Your Life on the Line.

3. Because the ego believes that it is the true self, at times it will force itself to see itself as "better" than the person who is "attacking" them, even if there has actually been no attack. 5. For example, Samson asks Delilah to change her diet. Instead of using her third eye and looking into the future to see the end result of her losing weight (or being able to see her health decline due to poor dieting), Delilah perceives this as an attack on her ego. So instead of saying, "I will work on it," or "I will try," she responds from an emotional nature and automatically says "Well, you need to quit drinking and smoking." Although she may be right, the response was rooted in defending her lower self (ego) instead of being rooted in the higher self. This is the automatic bullshit response.

This happens everytime I confront my mate or anyone in my family about their bad habitz or behavior...They are so consumed by their ego that they actually believe that I am attacking them and that they must defend themselves....