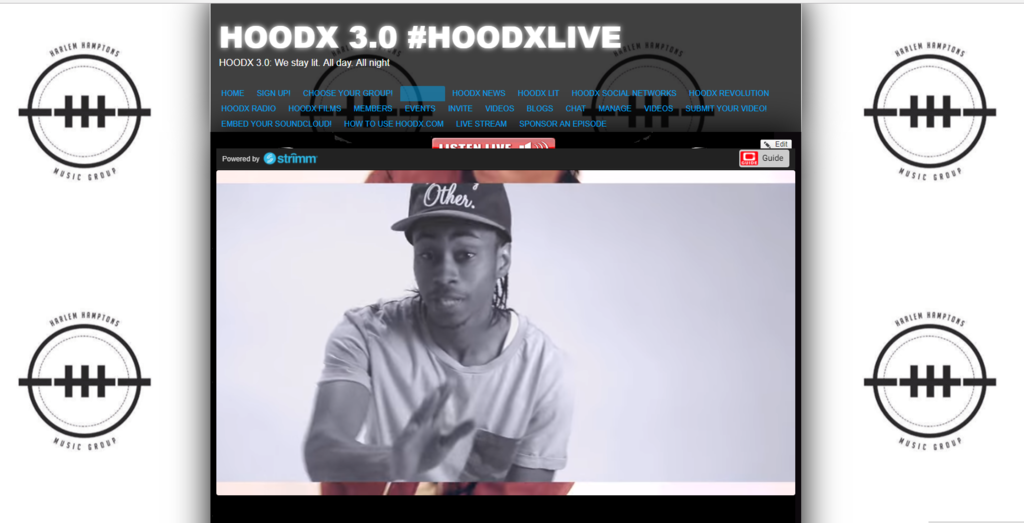 "Our company uses Comcast Network, which is different from Comcast, in that they use a package similar to the Sportsnet package that delivers the local sports produced through Comcast to local regions," he said in a recent article.

This is also called "ChN" in California and "Cox" in New England.

"We broadcast to about 17 different US cities at a time, depending on the seasons.  So we are on TV everyday, but just in different cities."

All of those cities and channels are listed here if you scroll down:
https://hood-x.ning.com/page/live-stream-1

"Our company targets cities that use live streaming so that if you are not in that city, you can still watch the live stream from the link on our site."

However if you are in that specific city, you can turn to that channel during that time and watch us through Comcast Network.

Or you can search for HOODX on your DVR it on your Comcast box.

If you are in a city that does not broadcast #HOODXLIVE, you can still watch the live stream from the other cities on our site if you follow the schedule.

However the site has an auto notification system using Google Calendar that notifies artists 1 hour before and 10 minutes before their video goes live in each region, so they can share it with their fans.

K-Blao  mentioned, "In all honesty, all you have to do is remember that EVERY NIGHT around 10pm CST (which is 8pm PST and 11pm EST), go to HOODX.com's live stream link and look at the schedule, because we are going to be airing your video on Comcast Network around that time...everyday. "

On average #HOODXLIVE airs live in at least two cities per night.

Some nights #HOODXLIVE airs in 6 different cities in one night, and fans can watch all 6 live streams at their respective times right from their phone.

If you are interested in doing this, email kungblao@gmail.com