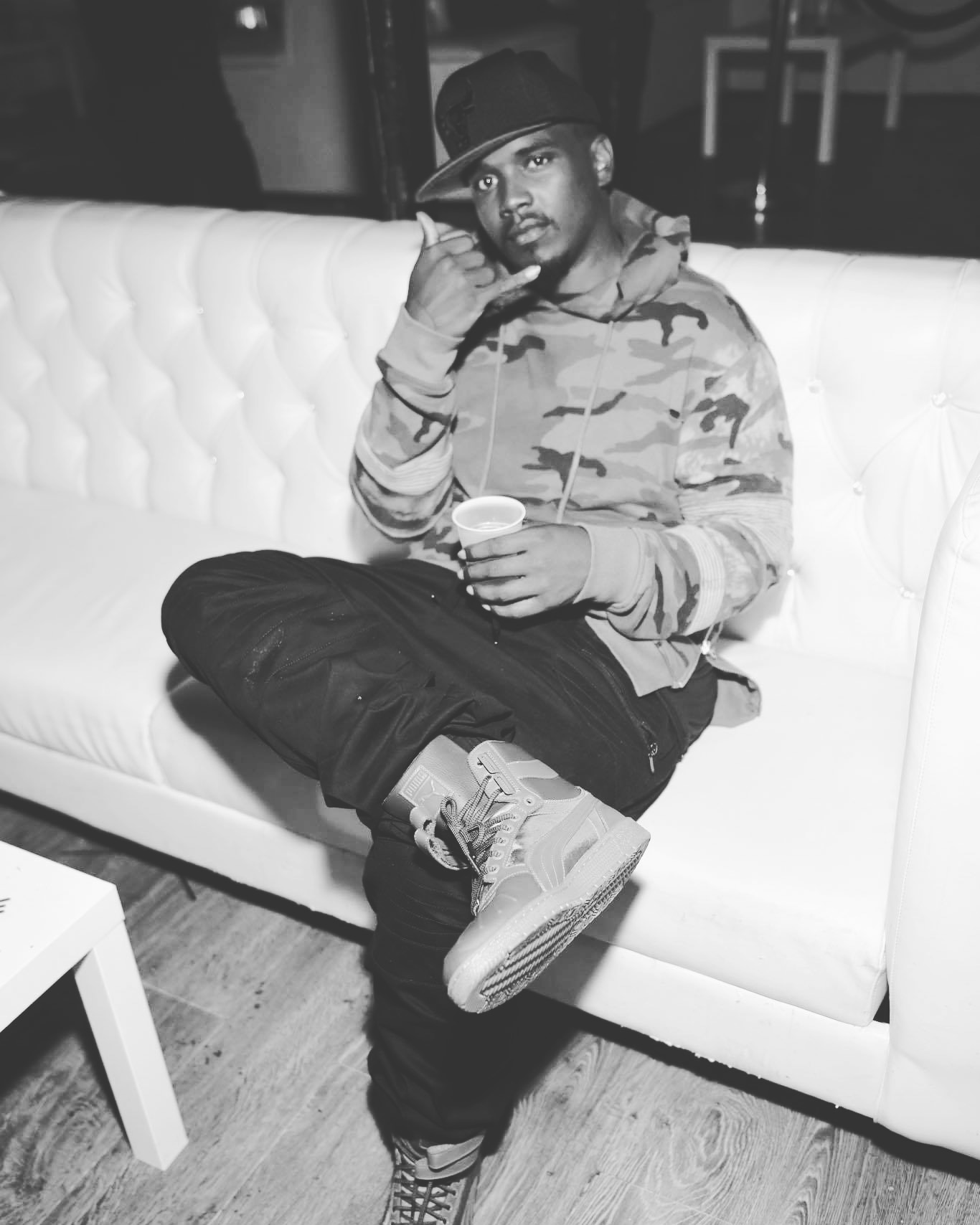 ‘Til’ Syrup Gets a Dollar a Sop’

MADISON, GA – When Tupac was at the height of his career, he conducted an interview in which he stated that there was someone in the world who he would inspire to be the next great rapper.

Jarmel Eubanks vividly remembers watching that interview as a young, impressionable kid who loved Tupac’s music. And now years later, he’s doing everything in his power to become the person that Tupac was talking about. He even adopted the stage name Millahtary as an homage to one of Tupac’s lyrics in which he said “A military mind means money.”

Millahtary has a unique sound and style that is just starting to get some notoriety throughout the music industry. The Madison, Georgia native has a thick Southern drawl that shines when paired with his unique delivery and original lyrics. It’s almost hypnotic in an upbeat, catchy way that makes the listener want to hear more and more.

“No one sounds like me at all,” he said. “My voice is different than any voice anyone has heard. My delivery is different and I have my own lane. I might make similar music to others out there just because of the subjects and topics I talk about, but the rhythm and flow I have is like no one else out there. You could say I have a fast/slow delivery – I get a lot of words across, but it’s at a slow pace. I’m also very country, and there aren’t too many country artists who rap.”

Millahtary said he wants his music to be known for bringing a daily insight into what’s going on  behind the glorified “street.” He wants to remind people that the street life that so often gets glamorized by other rappers isn’t all peaches and cream.

“Sometimes you have to struggle and grind and bleed to get those fancy cars and things like that,” he said. “When people hear my music and hear me rapping about the street, I want them to remember that there’s not just semblance of truth in my lyrics, it’s the actual real thing. It’s not watered down. I’ve been here and I’ve had the struggle that you’ve had. My music is genuine. I’m gonna tell them what everybody else isn’t – the streets are a beast with a never-ending appetite. You shoot 10 people and the streets want 11. You sell 100 bricks and the streets want 150. The streets make you and break you with the same enthusiasm. If you don’t know who you are as an individual, this world will eat you alive. My music represents that split second before Detroit Red became Malcolm X – the thin line some called the ‘Gray Area.’”

Millahtary’s most recent release is an EP called “Til’ Syrup Gets a Dollar a Sop.” It’s a project that he said is dedicated to his sister, Quintavia Wade, who was murdered on Oct. 16, 2017. The title is taken from an old country saying that basically means it’ll take so long for something to happen that it will never happen. He’s using it to emphasize that he’s in the music game for  eternity and will keep pushing good music “Til’ Syrup Gets a Dollar a Sop.”

“I’m saying I’m gonna do this forever,” he said. “I’m a grinder and a hustler with an urban vibe. My music is more of exactly what you need to hear, not necessarily what you think you want to hear. I’m talking about what’s going on in the hood, but I also speak on different things than you’d expect – not just glorying drugs and women and cars. I’m exploring more of the thought process behind that lifestyle and how you can make it through that struggle.”

The EP features eight songs and one skit is set to drop on Dec. 7. Two of the singles have
already been released and are getting some good airplay. The first is “Kings of Philly,” which is a song about his uncle and cousin who were both from Philadelphia and were murdered. The second is a song called “Grindin,” which is basically Millahtary’s way of reminiscing about what was going on in his early life of selling drugs and making money however he could.