It is the year "2014" in our hour know as the end of times.There he stood 6"2 180 pounds in a world where darkness seems to be the light of the world ,an as 4 government, well democracy is really a regime if look at in a certain light. Even thought the face changes in leader ship, the problem still stays the same as they get worse. In his world there stood a church on every other corner mixed in with liquor stores an drug spots, half a mile apart by design.The all seeing eye like that seen on our dollar bill monitor the the hold experiment that the people never seem 2 notice,300 miles higher jets en cage the atmosphere with chemicals, which lowered the vibration field of the environment.The sounds of gunshots blended with the rhythm of the earth, there was no fall or spring just hot an cold.The world had become bipolar in its nature....The moon so full my god why?Pain by The Iron Law, is the agenda of the day. We had to figure out as men the right energy to feed to our women to get the desired effects we needed for the universe to grant us access {light}.Who will give his life to walk the path,who will become Ausar

Our GOD, {WHERE ARE THEY? THE SEARCH BEGAN, HERU AN THE OFFSPRING OF GOD- 100 push ups twice a day before brushing his teeth. He sip from the bottle of alkaline water, a gift he received from the Japanese earlier that year in the form of acid reduction machine that balance the pH level in the body. The Japanese over stood the roll Heru played in their survival of the black-market. By Heru illuminating there stores, they gave him life with out really letting him know the true knowledge behind the gifts they gave. He awoke every day at 5:30 am which he called the hour of Nome,

in where he rose just before the sun to absorb the rays, which gave off energy that he would use later that day for processing information of higher thought wave sent from Nibru to his world at certain time  of the day..That was something he learned earlier in his life coming out of boy hood  to man hood. In that era he was known as Poemoe.Unlike spitting poetry he thought in a poetic frame of mind, which was very rare considering all that had been done and the millions that had been spent by "Decepticom" the world media giant, to brainwash an keep his people moving in a low vibration regressive path of life and life style.

Decepticom  follow the text of NILUS one of their lord an rulers in which you will learn about as we go on in this journey.. Heru knew he had to keep his body in supreme shape, that was his first temple. As the sun arose higher, he understood the forces of Set would become strong an thick in the air around noon, that’s why he gather his energy for that day earlier {the early bird gets the worm} for some strange reason Heru felt that the hour has changed,He notice the morning energy did not deplete at 10 o clock pm  in fact it sustain itself thought out.

As Heru tied up his timb boots, the thought of materialism arouse in his mind.Oh how the world had plunge into its grasp. At 630 am he sat at the Oak wood table that weighed almost over 200 pounds that he purchase 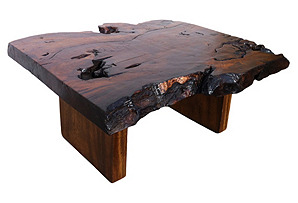 from the Arabs for little or nothing, he burned Pablo Santos wood chips used centuries ago by the Incas Indians.The smoke was used as a gate way to the ether world, it gave him discipline over the animal spirit, that his ancestors called khaibit or Sahu, as it was written.When man is born his conscious is confined to the three lower divisions of his spirit the physical animal, concrete,an intellectual portion he couldn't learn other than what was taught he couldn't get passed money.Concrete objects, that was one of the biggest problems of his time, money had become god to the people.

At 7:30 Heru went out to pass out crackers to the birds that he trusted to be his spiritual guardians, they was a manifestation of the wind,  in return they redirected psychic shots that was sent at him trough sound waves and certain frequency bands, but his real protectors was the back crows that stood high up in the trees, they feed off the evaporating energy he gave off

.Heru gulp another shot of water and processed out the door, when remember he forgotten his 5 karat diamond ear ring that he got from the a person they called the middle eastern salesman of Auset,one of the keepers of light; they told Heru that, as this reflected the pure light of the son so it be in the ether as a reflector of his ancestors soul this is one of the ways they keep up with 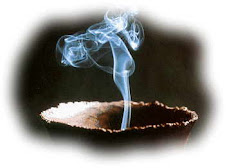 him. In the ether Heru moved at the speed of light and for that reason alone a low vibration could not catch him, that was 1 of the laws of protection he was granted .out of Maat, "Divine Law". So there he stood 9 braids 1 diamond earring an a gold pinky ring, a black True religion tee shirt black hoodie,an blue baggy style jeans, rubber band timbs standing there with the blood of a slave, an a heart of a king and the wisdom of David in his eye. Now that the patch was off he no longer move in a pirates path, for he could see very far now.. With no pistol Heru hit the streets. He over stood that just by him having a gun that energy would create a situation for him to use it {one} which was one of the methods Decepticom use with his holographic images; that when use it would imprint in the mind, a scenario of its kind, that would later manifest into reality {reflective killing}...At 8 clock he hit the streets.

The air was thick with pollution that sometimes could  be seen by the naked eye, along with the sounds of music protruding from almost every car that passed by. To most people this act was considered normal but to Heru he could see that the cars was used as capsules of possessions, in which the music would posse the soul of the listener which could be a good thing if the music itself gave of a more positive vibe, but it didn't, one of Decepticom greatest weapons {mental programming through music} which was none by them as loud weapons’ of choice, in which they played a certain set of songs on the radio that was encoded with subliminal messages an low vibrations frequency’s which we will get into later.Even though Heru own a car he prefer to walk, that way he could feel the earth an its moods. Heru walked alone by choice, he knew that you should always be careful who you hung with ; you never really know the karma of the person next to you, an one of the ways to kill or injure a son of god was to attack the person he’s with by chance that he would be killed to; this was one of Decepticom oldest tricks, but Heru had grew stronger over the years an Decepticom realize this.

Some years ago when a mob off goons was sent at Heru over a drug spot and he fought all 13 of them off without a scratch, even thought he was a sun of God he still had to walk the dark path as God would have it be  part of his initiation.

As they say in the bible u got to go throw hell 2 get 2 heaven, Heru learned that in a situation that cause fear the best thing to do is to be fearless there 4 u alter reality within itself, he even chased the

guy that had the pistol who pulled it out to stop the fight not to help Heru but because what he had witnessed had shocked him to the point they didn't no what to do. Heru was clearly out numbered; they could not understand how they could not hit him and they panicked,  Heru was different than most of his piers, god seem to walk and talk to him just as clearly as the sun shines in the sky.

When your born like this its kind of hard to know that you have a gift, you just think it’s normal, no one really talk about things of this matter the world itself had been{ dump down} especially the black man and his woman no one could hardly hear the cries of this nation that once was a supreme race ,a civilize r of man himself. But that was long ago , things are much different now, no one seems to remember the power of love, a law that once governed the earth, the world had become robotic in its nature and with a since of every man 4 himself even within the family unit.

Heru was his name in heaven but on earth he was called Poemoe. Poemoe was his earthly ego that gave him the ability to deal with the earthly realm and the people of it you see, if there is an in balance in the nature itself then it would be known as bipolar, you have to try an blend both realms so you won’t be considered crazy. That was the order of the day 4 the children of god, to make them appear as a lunatic. Heru knew better and was blessed in heaven to be able to recognize this, so he formed an alter ego which was Poemoe. The name itself meant to have or not to have .Lets continue on this path from man to god .

Early in his life Set had ravaged his family, giving him close to no chance to make it in this world , Set had broken down every aspect of a strong family unit. He keep records of all blood types in which he passed down too agent Smith, so that they would be able to keep track of the lineage an descendants of God or godly people black or white or of any race.This way they pay close attention to certain people, with them or no one even knowing. Heru( peep that), but he found it hard to explain to any one even him self...So he kept walking. He often had thoughts of a different life that seem so clear to him in another world it was like having memories of a life that you never lived; when his cell phone ringed; it was sticks. Sticks was an old friend of Heru, 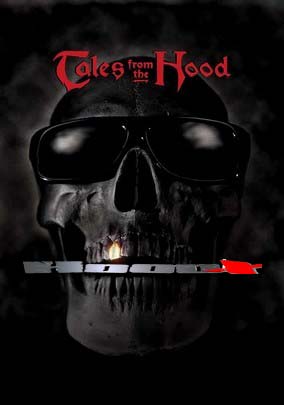 Too raw...I'm posting this on my page.

Very interesting...When does the book come out?

LISTEN TO THE LINK WHILE YOU READ ENJOY=  http://hood-x.ning.com/video/inception-soundtrack-hd-12-time-hans-z...