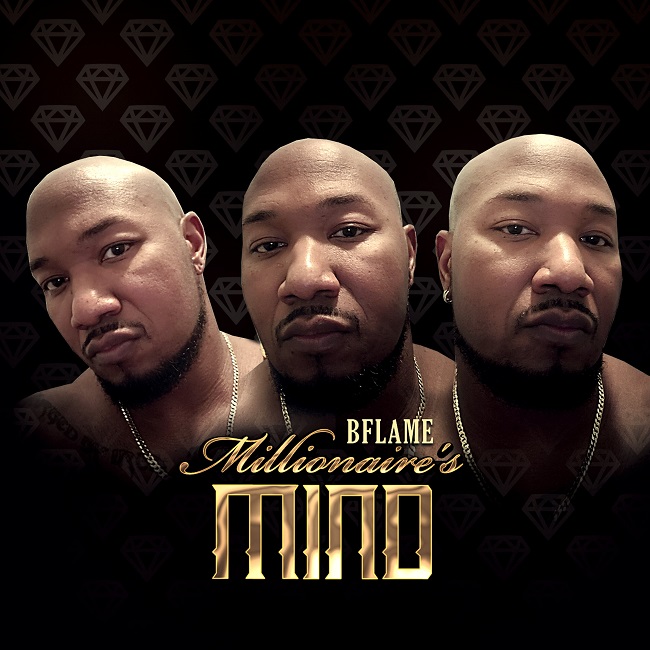 LEXINGTON, KY – BFlame is a hip-hop artist from the American Midwest whose passion for energetic arrangements and massive beats pair perfectly with an edgy flow that has people all over the world paying attention.

His music is more than just hip-hop – it’s a one-of-a-kind sound and style that can only be referred to as “iconic.” It’s a combination of so many musical influences derived from so many greats that came before him. Those who hear his precise and calculated deliveries will recognize that he truly is a musical genius who creates marvelous masterpieces. His lyrics are simultaneously entertaining and motivational. This is perfectly put on display with his new album, “Millionaire’s Mind.” Like most of his music, this project is intentionally created to give music lovers and fans a multitude of great new hip-hop musical compositions.

“When I think about a millionaire, they usually don’t think the same as everyone else,” BFlame said. “That’s how they got to be where they are – by having a different mindset. The overall vibe of this album that I was going for was approaching music with a completely different mindset to make this my best body of work. I’m not stuck in a box. I’m thinking abroad. The music, when you hear it, will have a mixture of hip-hop and rap and old school and new school. And more than anything, I’m trying to make music that is timeless and memorable. Hip-hop music, to me, doesn’t mean just a particular form. It’s as fluid as the artist shifting. To love music you have to be able to listen to different things to find what you will appreciate within it. And with my music, there will always be something that anyone can appreciate, one way or another.”

One good example of that exploration of different sounds and genres is on his debut single, “Money Over Everything.” The song takes a close look inside the mind of a millionaire and explores what it takes to be successful at the highest level. BFlame said the idea of “chasing paper” is something nearly everyone can understand, especially the sacrifices and work ethics required to really succeed at something.

“Long nights… Restless sleep… Prioritizing… Striving to be successful… that’s a worldwide language that everybody can relate to,” he said. “That requires a different mindset and focus and sacrifice to do whatever it takes. It’s about the drive to get to where you’re trying to go and not let anything get in your way.”

It’s not just motivational music that BFlame wants to be known for. He also aims to show the world a true musical multidimensional artist who isn’t tied to any one style or sound. Everything he makes will be iconic.

“I make hip-hop music,” he said. “Some call it street music because that’s part of me. Some call it dope boi music, hustler music, down south anthems, money music, and fast lane music. I just say call it what you want because I make music so that everyone can relate one way or another. There’s no style to my madness. I want my music to be known for more than the artistry of sounds. That’s why I call it iconic music. I’m making music that you always expect to hear that internal pursuit of excellence. I’m like the Michael Jackson of hip-hop when it comes to musical perfection. I am very meticulous and methodical in my approach to music, from the start of the record to the end. The music I have on this album is supreme. And this new album will give the world a lot of new great music.”

To listen to BFlame’s music or to follow him on social media, please visit: