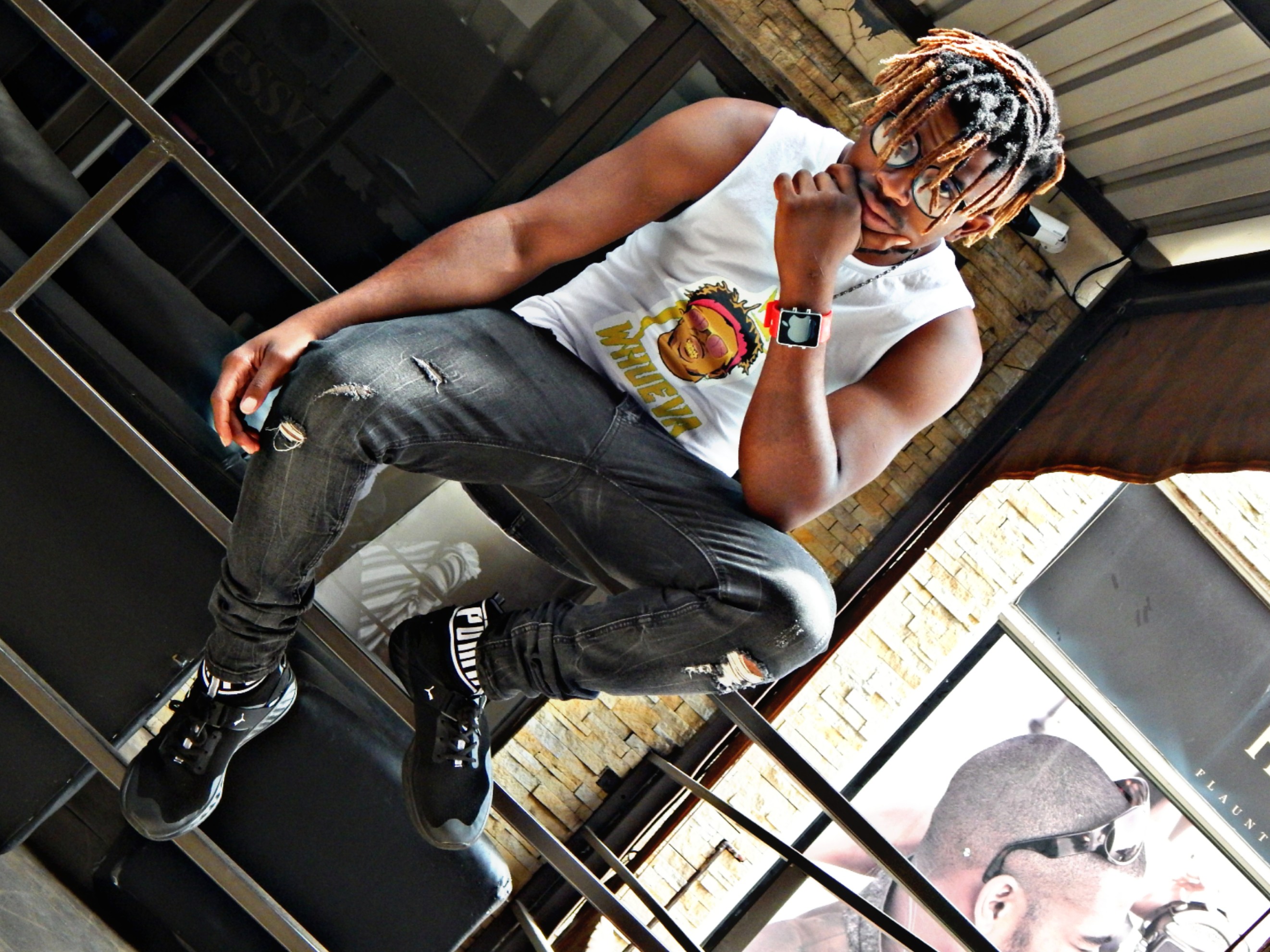 KWAZULU-NATAL, SOUTH AFRICA – Imagine a young boy growing up in South Africa who dreams of being a famous rapper. He doesn’t have much … just a television and a remote control. On the television are famous musicians, who he mimics in his dreams of becoming just like them. And in his hand is the remote, which he uses as a microphone while he raps his own words on top of the beats he hears from the TV.

That little boy was Menzi Ngcobo, and today he’s actively chasing that dream by becoming one of the hottest up-and-coming young hip-hop artists in South Africa. Going by the stage name WHUEVA, he has developed a style that he describes as “not really from this world.” With catchy hooks and “weird flow,” WHUEVA is creating music that is very different while also extremely engaging with fans from all over the world.

“I’m trying to come up with a versatile style that’s far different from any other style,” he said. “And I’m trying a lot to be myself. The message in my music is referring to anybody who has gone through the challenges of life and the real qualities of life. I went through a lot of things growing up – I slipped through depression and have come through that. Music was the only medicine that could heal me when I went through a lot of things. And if this music can heal me, then maybe there are some people out there who I can make music for and let it do the same thing for them.”

WHUEVA recognized this natural gift in an unusual and sudden way back in 2015. While going to a club with some friends, they found themselves in the middle of an open mic night. A DJ would play a beat and let anyone come forward and rap to the music. Though he wasn’t there to participate, he found himself pulled closer and closer to the stage. And then one guy stepped up and “wasn’t good at all,” WHUEVA said.

“I was almost offended and embarrassed,” he said. “They were giving him dope beats to go over and he was slipping off the beats. I went to the front without even thinking about it and just snatched the mic from him. I asked the DJ to play the beats again, and then I told the guy to stand in front of me so I could show him how to feast on those beats. When I went over the beats, the crowd all wanted to jump over the roof. The next morning I went to the studio and recorded my first track.”

That first track was called “Vice Prince” and would go on to gain him some attention throughout his area. He has since followed that up with other releases, including the most recent album “Gazi,” which features the hot new single “Plug Talk.” Currently available on all digital distribution sites, the album and single are getting major play throughout South Africa and are gaining WHUEVA attention on a larger global scale.