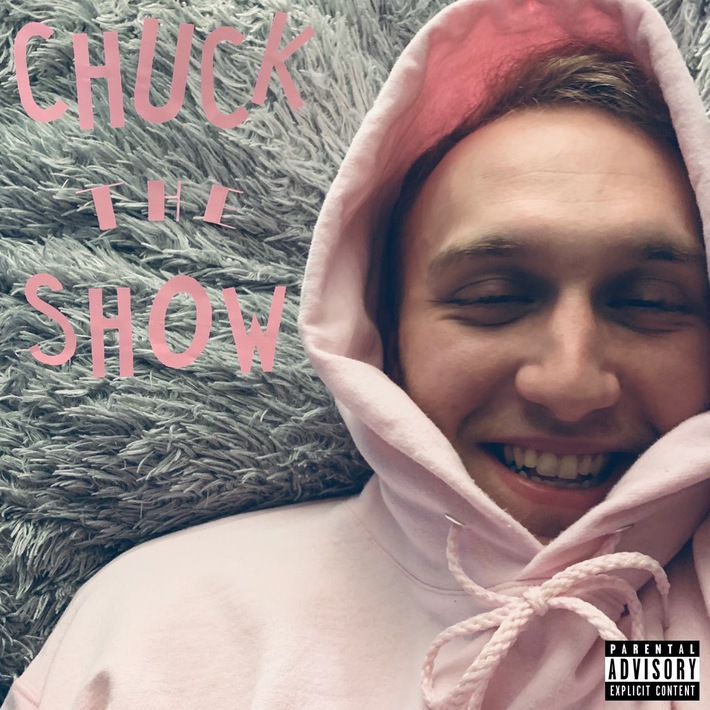 CANTON, MI – Charles Supernois played a lot of hockey growing up in Canton, Michigan. The group of guys on his team became very close, and out of that brotherhood came a kind of insider dialogue – some words and phrases that others might find unusual. The term “Show,” for instance, became a filler word for just about anything – the remote control could be the show or the salt and pepper could be the show, as in “Pass me the show.” At one point he was playing hockey so well that his friends started calling him “The Show,” and when his talent as a musician started to blossom it was only natural for him to embrace the name Chuck the Show.

Today, Chuck the Show is building a name for himself all across the U.S. as one of the fastest- rising young hip-hop artists to hit the music scene. Self-described as a “normal dude,” Chuck said he often finds himself at the center of attention. But as he’s matured over the years, he’s learned that in his efforts to be a funny guy and a crowd pleaser, he’s often come across as off- putting. His efforts as a musician – both individually and as part of a rap duo called Noiz Boyz –are to harness his natural gifts of entertainment in ways that evoke strong emotions from anyone who listens.

“I love being the funny guy and I love making people laugh,” he said. “I love provoking strong emotion out of people. I think you can get a really good sense of who someone is based on what they think is funny. Humor is the most attractive quality to me. And I think what separates me from normality and anyone else in the game right now is the fact that I’m overwhelmingly emotional and brutally honest. For instance, it often really bugs me that so many people are so short-sighted or have convinced themselves that the lives they’re living are the only ones they want – they’re lying to themselves. There’s nothing wrong with having a passion for something like accounting, but to convince yourself that it is your passion for the sake of conforming to normality really rubs me the wrong way.”

Chuck addresses those things with his new EP “Quarter Life Love Affair,” which is set to release later this Spring. It’s a project that details his experiences about love and heartbreak, and true to form the songs embrace the personal, intimate details that he isn’t afraid to share with the world through his art. Before the EP lands, Chuck is set to drop his new single “Teenage Girl” on Jan. 26, which is the debut track from the upcoming project.

“I practice what I preach and I’m honest almost 100 percent of the time,” he said. “I am
completely honest with myself, too – I am my own worst critic and I scrutinize myself about everything. I love heart-to-heart talks and I love giving advice and supporting others when they’re down. I think I’m really good at it. Musically speaking, this project is all about love and experiences I’ve encountered – from heartbreak to confusion to insecurity to bliss to lightheartedness and passion. It’s one of the things I think I speak really intelligently about, and it’s some of what hits home with me the hardest when I’m listening to music. It’s music coming straight from the heart and soul. And the vibe on this project is intimate hip-hop with influences of pop and alt rock. Overall it’s more lighthearted, but darker at times. But more than anything you get that intimate feel from the music.”

At the end of the day, that’s what Chuck the Show hopes his music career will be – a way of relating to and emoting with people in ways that help them to gain confidence in themselves and be more open and honest with one another.

To listen to Chuck the Show’s music, or to follow him on social media, please visit:
https://twitter.com/chucktheshow
https://www.instagram.com/chucktheshow/
https://songwhip.com/song/chuck-the-show/teenage-girl