1. The original reason that hip hop was created was so that the slang could open the conscious to symbolic worlds that went past the twenty six letters and nine numbers known as the Bastard Language. Because the Koran is poetic in nature, the true symbolic meanings of the words cannot be understood by Mason and Samson due to the Bastard Language lit. Hip hop was originally created as a way to bridge the gap between the river of lost tradition of kemetic principles that can be found in Islam, Christianity, and Judaisim. This was to be known as the "Amen Break".

2. "Amen" is the symbol of the most high remaining hidden in plain sight. The word is hidden in the word "Testament." It is said at the end of every prayer as a subconscious virtue symbolizing "so be it." This is symbolic of the Kemetic principle, Sobek, which means "On earth as it is in heaven" or "As above, so below.". Sobek is the eighth sphere of Amen-Ra, who is the sum total of all original Egyptian deities. "Amen Brother" is the name of the record that was recorded by the Winstons in 1969, long before hip hop had even been created. By 1987, when the SP-1200 sampler was created, the Amen break became the very foundation of beat drum patterns that created hip hop, trance, techno, reggae, and many other sub-genres. This drum pattern, along with complex break dance patterns, vivid graffiti art, and the art of MC'ing using original slang created from the original mind gave birth to a generation of consciousness that broke past the subconscious barriers known as the Bastard Language lit. This is the Most High hidden in plain sight. 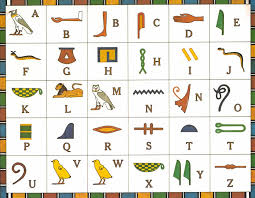 3. Word like "dope" are cut out of songs being played on the radio, even though it is not a swear word. Other words like "weed", "head", "bloods and crips", "gat", "drive-by", "shooting", "gun", "hoe", "crack", and "nigga" were all cut out of the mainstream radio. These words were allowed in the controlled kayfabe mainstreamed television shows like Cops, Jerry Springer, and Geraldo Rivera. Television shows like Roc, South Central, Cosby Show, and a Different World were replaced with shows reflecting characters resembling Mason. These shows inclmutilationuded Martin, In Living Color, and Homeboys in Outer Space. The Kayfabe Agenda is what stopped the Original Slang.

4. Afrika Bambatta and the Zulu Nation, Eric-B and Rakim, Fab Five Freddy, Heavy D, Busta Rhymes, Queen Latifah, and Kool Moe Dee are all just a few original MC's who used to rap about consciousness and created the original slang that eventually got cut out the mainstream. Eazy E and NWA became a direct competitor and contrast to Public Enemy, even though their music sounded nothing alike, other than the Amen break. MC Hammer was used as a direct contrast to NWA, only further spreading CCDD and  mutilation of the one body. Ice Cube's influence over the culture beame full of witchcraft imagery right before crossing over and developing a movie career laced in  mutilated hip hop culture. The mutilation of Tupac Shakur and rise of Bad Boy Records was elemental in the rise of  kayfabe portrayed through MTV and BET, as well as mainstream magazines, radio, and rise of the Internet. Puff Daddy and Bad Boy became a symbol of wealth and prosperity through hip hop, which eventually became like cancer to the original purpose of the original slang. Drum patterns became more complex and aggressive in nature, which in turn made women more complex and aggressive. This eventually gave rise to hip hop being used as a way to symbolize aggression, as it's influence crossed over into clothes, video games, movies, porn, and reality shows, further mutilating the Original Slang. 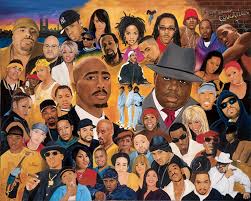