1. The beginning stages of turning into a Mason avatar.

2. The fruits of what NIGGAS produce. Not the actual NIGGA standing there himself, but the AVATAR of the NIGGA. The predictable clothes, accessories, behavior, food, and drugs that the NIGGA will indulge in, based on what the MK-ULTRA programming tells them.

5. The one who sees the NIGGA lifestyle as somewhat enlightening and by displaying that type of behavior, it makes them smarter than the "sellouts" who "gave in to the system".

6. FIGGAS usually spend most of their time trying to get money so they can feed their addiction, whether it be drugs, food, entertainment, jewelry, ect. They "always" have money, but they can't save it because they keep buying NIGGA products. 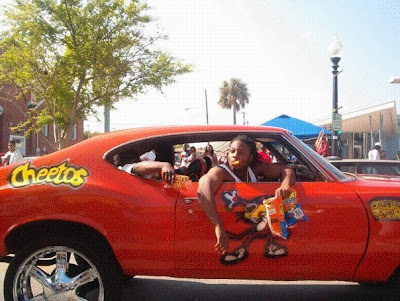 I have been spitting this Lit for years. We have brothers and sisters dropping Mortgages on "Drow", but still living with their mothers or grandmothers. Don't even have life insurance but spending $60, $70 on bottle of liquor then they past and the family has to hold a collection to pay for their funerals. When will we learn!!!!!