1. "MASON" is the American nigga before he falls into knowledge and all of his predictable "chaotic" behavior that is "manufactured into him."

2. MASON has to maintain the American nigga lifestyle. He has no knowledge of self. He finds himself through images of men with money, who have lived out the "American dream" that MASON is going to transpire.

3. MASON copies everything that he sees on television or hears in the latest record.

4. MASON is the "average nigga with money" who has no higher or independent thought, especially towards spirituality. Every time MASON gets money, it is spent on the latest "tangible" item, whether it be a movie, food, car, accessory, or habit, then falls asleep. In the morning he starts this entire process all over again.

5. MASON typically gets irritated with spirituality. He might even get a headache or fall asleep in the middle of any conversation of higher thought. 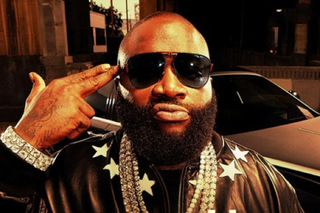 6. MASON was smart back in grammar school, but became more corrupted as he noticed that girls liked the bad boys and "nice guys finish last". This caused the boy to create an "avatar" of a bad boy, and lose himself in the avatar. MASON is built on justification of character, and he loves to justify his character every opportunity he gets.

7. MASON is the little black boy lost inside a "cartoon" version of himself.

A mason will be a mason....Unless they used to be like K-Blao!!

This is unfortunately the state of the average young minority male, we can blame Rap music ( not hip hop, know the difference) or we can blame ourselves, the ones that know and arent doing enough to spread the knowledge

I literally used to be this...thank God I woke up