"Here we stand 1000 strong... Chiefs, this of states and night walkers; Here with my most sacred agents, I greet you all in urgency.  For its been 5000 years since our last gathering; For there has been no need to now... every now and then there comes a time when the party is over."

"In this I will set you all on your mission... this time is for keeps!"

"Must I inform you all that we are in the time of revelations... the darkest hour of the earth?  Even though it sounds like we should celebrate... in word YES... but in essence, NO.  These are the times of the rising Gods!  The one they call Horace, the son of Ausar, which we should never utter in their time and space spectrum.. Always be careful to move in the shadows and never to wake in thee nor his sons!  For he is already rising in God, as of the papyrus text reads... so that tell us he's out there." "Notice! Our creating weather patterns have been disrupted by the sun for years!  We have had this under complete control. There are things happening that even I did not ordain.  Some of these wars are not my doing.  Either man needs to be checked or he lives;  Which tells me it's time for the be-headings!"

"I have opened the gates of limitation for you all! Everything goes! We must crack his Adams! Split his mind! Break his hands! Tie his feet!  But...we must do it in complete silence... for we must not awaken his father!  He must not cry out loud! He must not pray! Give him pain but make it seem to come from his own doing!  YES! That way he will HIDE FROM GOD and hopefully NEVER cry to God..YES!"

""We must seek to keep in mind that the spiritual universe reigns supreme regardless of the synthetic conditions we've created. If we would embody the greatest good and TWIST IT to our own advantage, then we can tell them that they are imperfect... only to know that if the spiritual universe were not perfect then it could not and would not exist for a single moment.. His truth is indivisible and whole to PERFECT calls must produce the PERFECT effect.  I share with you my SUPREME WISDOM.  This is the time we reign FOREVER...Never to turn back to God!  We will make it appear as it is their own doing and in that...you will leave them in the ways for us to RULE SUPREME!

"The student of truth will maintain that he lives in a perfect universe and among people potentially perfect.. THERE!!! RIGHT THERE, we we'll intervene!  He will regulate his thinking to me!  This will be his necessity and he will refuse to believe in his opposite.. PERIOD.  For that I have grasped hold of the women next to him.  Mothers and all!  I have set a force through the airwaves that will ALWAYS make him question his existence.  It will make his father's law seem petty and of an imaginary realm.  If they are to ever create in their father's image... he must confine in her and she must believe in him,,{there believe in him}...BUT NO!  THIS is where I MUST step in!"

"MY UNREALITY MUST BE HER REALITY!!! Where she will hand over creation to me and my kingdom!  At first he may be influence by conditions that we stage and he may appear to be weak, must we not let up!  For as time goes on he will prove to himself that his position is the correct one.  For that which appears imperfect will begin to slip from his experience... Keep him IN this world and OF this world is the key to our strength.  We must stop the soul from becoming illuminated and acquainting itself with God and be at peace.  LISTEN!  The reason man has difficulty in destroying his weaknesses of character, believing in the spirit realm, and having faith that he is going to overcome his limitations, IS BECAUSE HE HASN'T INDUCED THE NECESSARY IMAGES IN HIS MIND!  For if he did he would have overcome his troubles!  KNOW that by him thinking of the weakness...it keeps the image of THAT before him. FEAR!  That's where my newest agents come in.. THE DECEPTICON!

"Our media over ruler, here we will flood the airwaves and TV with thoughts of hopelessness buffoonery , death, destruction, and nothing of real importance.  "REALITY SHOWS" will be our guide for proper behavior.  We will show their own themes of materialism, and contrast it to their ordinary lives.  Those images shown before them will cause a sudden depression as they take in all the images shown and heard.. (Chuckles) PERIOD! THEY WILL FORGET GOD! He will become SECONDARY in their lives, and the gain of money plus all the holes will become first. YES! We must falsely appear to bless the most ignorant person that we can find...in order to make it seem like this is the way.  We will uplift those in our ranks who are the TWISTED PSYCHOPATHS in mind and thought... who are almost lost in our world of illusion.. These we have chosen very carefully, and through them we must know that the way of God is gone and that they have unconsciously chosen the path we laid out.  But the entire time they will be thinking they're doing God's work! (Laughs) We must keep them comfortable in their ways never to shake them... for they might wake up!  It is my duty to remind you that there will be times when their mother, Auset, will attempt to slip in and use the media spectrum to her own advantage and show them their reflections and remembrance of who they really are!  Even in our deception, the great mother goddess will attempt to extend her hand to them and put the scattered pieces back to gather.  Here is where most of my concerns are because she will do it in a way that we might even think is of OUR own doing so let's not be fooled!"

"You must study your hands before you put them to work!  For they must all agree to make a fist before striking a blow.. Study your puppets make sure that the life they have is granted by YOU and nothing else.. For if they stray...DESTROY THEM!  As if to be seen a mile away!  Use them as an example for all to see, make sure you keep the goons with money and their women thirsty!  Money has become their God and I have all of it to bless them with... Now, chiefs, and heads of state LEAVE US!"

"Nightwalkers and my most sacred agents bear with me."

"I had a scratch that I ignored... Then I looked and it turned into a sore. At that very moment, I learned that my power to heal was gone, the one they call Horace.. If we do not share in my pain the same will happen to you, on this full moon we honor the backwards six primitive man elievated that names should be treated with respect. It was considered connected with the soul and the shadow.  Horace, Micha-el, Tipareth, Shango, Jakuta, Bhuvaneshari, Yeshua, with these names we TARGET.  He dwells in the six sphere , his ruling planet is the son, red and white beholds the colors of his garment.  His gem is of the ruby stone.  He prayed to the West.  He is son of Ausar.  For he sees the unseen and seen, meaning HE MAY SEE US, and will be FEARLESS in his greeting!  His senses are almost completely wired to the aether.  In his DNA are traces of the Kings of God's of many names.  He is written in halls of temples; born of the ninth gnome of Lord Egypt, Lord of remembrance in the halls of the two truths; Son of Ra, the sky and the stars obey him.  The portals open for him the fixed stars are under his rule. The tireless stars are his dwelling place, and Earth especially in the ghetto, be his location." 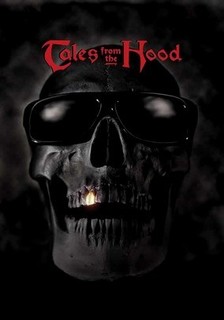 THE TWO TYPES OF EVIL

Salvation cannot be understood without understanding the two types of evil. One stems from ignorance the other Setism or Satanism, or pure evil. We have been speaking about the origins of the first type, ignorance, throughout this book. Its the result of not knowing right from wrong. You don't know that peace is your nature, hence it is your natural and correct response to all of life's challenges,therefore you indulge the anger, etc. This is evil due to ignorance. The other is Setism or Satanism, from "Set" the principle within that destroys "man's" divinity-his conscience. You are Set or a Setian or a Satanist when you are in full knowledge that a particular behavior goes against divine law and you choose to do it. Or you are committing many wrongs in life out of ignorance but Know that spiritual work will eliminate the evil from your life, yet you choose to not do the work. You are not yet Setian, but you are on your way. Incidentally, we must note that in both cases we are speaking of people who are free of significant brain disorder.