1. Sobek is the concept of unseen forces and energy actually manifesting into the physical world.  As the unseen crosses over into the seen from the ether, it manifests as tangible, physical, matter.   The concept of "You Only See What's Right In Front of You", means that you are not aware of the energy that is controlling the physical matter.  This is a gateway to chaos and the MC2=E lit. 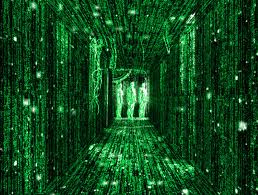 2. The fourth dimension can be thought of as a combination of time and space.  This thought can be paralleled to the idea of comparing yourself as the person that you are at this present moment, versus who you were five minutes ago, versus who you will be in five minutes.  If you could draw a line, similar to a movie strip, you would be able to see your entire life, with your birth at one end, and your death at the other.  This thought also can be paralleled to the Big Bang until Armageddon.  Any moment that is not in the present moment can only be thought of as two dimensionally, meaning that the thoughts are "flat" when being viewed inside the mind's eye.  This is similar to watching television, where the images are two dimensional, but appear three dimensional to the eye. 4.  The illusion of the world that we live in is broken once viewed with the original mind.  The illusion is as clear as day.  The unseen chaotic energy finds spines to lock itself onto.  This is how they manifest.  This is the caduceus symbol.   This is also symbolic of Sobek, which means as above, so below.  In Christianity, this is translated at "On earth as it is in heaven".  "You Only See What's Right In Front of You" means that you are completely unaware of how this effects the day to day synchronicities of your life.