1. The new class of lower Self beings (drones) who have no conscious, order, inner structure, or knowledge of self whatsoever. Ruled by planet Mars, he has no control over his aggression and war-like tendencies. This puts him in the MC2=E lit. His mind and R6 programming is on autopilot, which is further mutilated by kush (marijuana), alcohol, x pills, and mollies. This keeps him in a highly reactive state. Sahu's next move is always unpredictable.

2. Sahu started out as one of the figgas who was taught the culture of Def by his parents and his brother Mason. This would normally put Sahu under the Acceptance of the Chaos lit, however Sahu's R6 programming is EQUIVILANT to the chaos. He literally IS chaos, so people are caught off guard and forced to accept him and his behaviors. He is the one who mutilates the family by making others accept his chaotic ways. 3. Sahu usually doesn't wake up in the morning until 11am or noon. Because of this, he misses out on his morning blessing from the sun and birds. Sahu wakes up already locked into a world of chaotic energy. Wherever Sahu lives, there is usually someone staying there temporarily, or he will be temporarily staying at someone else's house. This completely disrupts his sleeping patters known as the circadian rhythm. This rhythm is reprogrammed by the Deceptacom as the mainstream manipulates Sahu's powerful circadian rhythm and keeps him locked into the vibrations of the lower three chakras.

4. Sahu's mother Jamaica was a pimp. His father was a hit-man. After Set mutilated Sahu's family, he used Sahu as a drone to cause further CCDD in HOODX. Sahu was exposed to the Madden Lit at a early age, as he was diagnosed with ADD and bipolar disorder. He was given medication that made him dependent upon chemicals in order to bring him to a state of balance. This completely disrupts his Alkaleezy, keeping him in a highly sensitive state, controlled by medication and drugs.MK-Ultra programs his R6 programming while keeping him in a highly reactive and sensitive state. The medications, drugs, and main stream programming make Sahu's unreality much more vivid in his mind. 5. Because Sahu is a product of Def, he naturally assumes that drugs, alcohol, crime, and jail are all perfectly normal for someone of his demographic to experience. All nine of his Metu Neter avatars have been removed from his pineal gland and replaced with mutilated Motherfuckers in Between. This gives Sahu Fucked Up Pipes. He has never had a higher thought in his life. 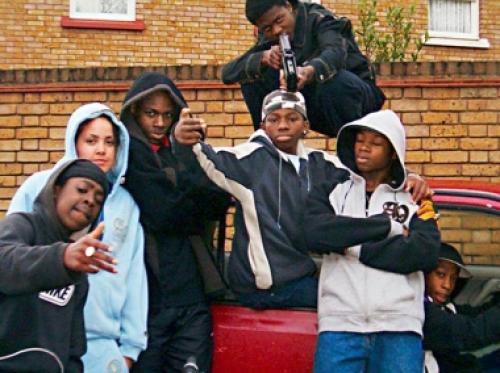 6. Sahu is highly attracted to the culture of Def. He is looked up to by the figgas. His name usually comes up while Delilah is smoking crack with her friends. His name brings a thrill to Delilah. She seems to like Sahu more than Samson, who is trying to find knowledge of self. Sahu's ignorance seems "masculine" to Delilah, who has never been exposed to a man who has sacred congruence.

7. "Kill or be killed" is Sahu's mind frame. "What am I supposed to do if somebody is trying to kill me? I'm going to kill the first!" he proclaims on a daily basis. This is his only option. This mindset keeps him further locked into a state of CCDD.

8. Like Samson, Sahu's legal status is in turmoil. He has a criminal background which prevents him from finding a normal job. His drivers license is typically suspended due to unpaid tickets or child support. He was a warrant out for his arrest every few months. Sahu is constantly stopped by the police who know his face and ways. Sahu and the police are natural enemies 9. Sahu is known the gatekeeper to higher dimensions in HOODX. He is the local drug dealer who everyone knows. Set allowed him to rule over the substances that will unlock portals of CCDD in men and women. Set is aware that Auset can control the main stream to awaken the sleeping giants. He is also aware that humans naturally have a mental defense mechanism against advertisements and typical main stream programming. It's just a matter of time before someone cuts off the television and radio. In order to correct this fundamental flaw, Set allowed J Hoove to flood HOODX with drugs to help bring these Manchurian Candidates back to a more chaotic and suggestive state, causing them to turn the television and radio back on, in order for the Manchurian Candidate to properly align their R6 up with the manufactured culture of Def.

This episode of HoodX Radio is dedicated to the Sahu Avatar: