1.  The most difficult avatar to obtain in HOODX, the PoeMoe or "Poematic" Avatar cannot be properly explained in any language because he is poetry in motion.   This avatar is the sum total of all knowledge  and the balance between all which is known and unknown.  A being of pure good, original thought, and infinite knowledge locked into  physical worlds and galaxies.   It can also be generally described as the omnipresent, physical, and eternal "Will of God".  He is the dominant driving force behind delivering all knowledge, wisdom, and understanding.  He is the force behind pen of Tehuti that drives infinite creation. 2.  The entire HOODX lit is a synthetic reproduction of the PoeMoe Avatar.  However, even if one reads the entire HOODX lit, they still would not be able to be the Poematic.  The Poematic is the infinite wheel of knowledge as it manifests, therefore it cannot be described using words.  Although Poematic changes our reality as we see it, The Poemoe Avatar himself never changes through the hands of time.

3.  The sun creates day.  The sun never changes, although every day is different.  The Son of God, or PoeMoe Avatar can be described as if the sun turned into flesh and came down to earth, creating and bringing light to a dead situation.  This process gives God definition. 4.  In HOODX, we refer to the Urantia lit to describe how interplanetary conditions create parallel universes.   This process begins with triple darkness.   Each individual universe believes itself to be the only galaxy in the universe.  Although the laws of physics change from galaxy to galaxy, Poematic's role in the entire universe never changes.  Knowledge cannot exist without a physical body.  Just as sunlight needs a physical object to reflect it's light upon, the knowledge of Poematic searches through all galaxies and parallel universes looking for the perfect candidate and physical body to descend upon.

5.  Time without time can be basically described as "the is, the was, and the always will be". However, time is relative to it's own galaxy.  Because the PoeMatic transcends all galaxies, he is able to move forward and backwards through time and space.  This type of relationship causes time itself to obey the commands of the Poemoe Avatar.

6.  The battle between Set and Heru is fought on a spiritual plane.  Because Set realizes that Heru Avatar uses Poematic to bring forth new life, instead of continuing to fight Heru, Set addressed his soldiers with a final solution that would "cut off Heru's head".  Set took control of the weather and airwaves causing the Agent Smith Avatar to duplicate and manifest himself into the Mason, Jezebel, Samson, and Delilah avatars.  Similar to blocking out the sun, this prevented Heru from being able to cast his Poematic light upon the earth in a fashion that would have immediate effect.  This also made it  impossible for the majority of the lower self avatars to experience resurrection of self.   Just as Agent Smith could not enter the Heru Avatar, the Heru Avatar could no longer use Poematic as his main resource to enter the lower self avatars after the Set Address. 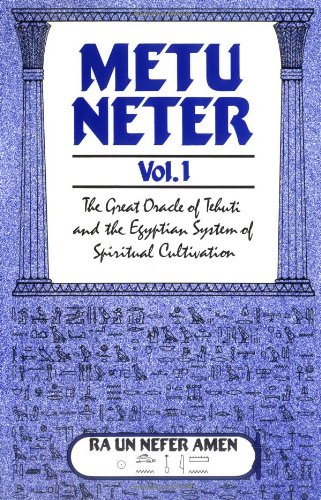 7.   Just as Moses had the infinite vision of an Exodus, his brother Aaron spoke the bastard language that moved the people.   The Kungblao Avatar is the younger brother The Poemoe Avatar.  In a final attempt to cast the sunlight of Poematic to the earth, this galaxy had to spawn forth a new breed of avatar that could pop-lock both light and darkness in communication.  After the Set Address, Set created the Sahu Avavtar as a sacred symbol to himself that the earth no longer desired to host the Heru Avatars.  Auset decided that Heru and Poematic would build the Kungblao Avatar to speak in a form that could even bring The Sahu Avatar to life, even though he had no original mind.  This is what gave birth to the HOODX Revolution.

8.  The Golden Hawk is the sacred symbol of Poematic.  As the brown hawk flies across the sky, he is able to position himself parallel to the sun, giving him the golden glow that was once spoken of in the film "The Last Dragon."  Those who look up into the sky see the sun reflect off the wings and underbelly of the hawk, refer to this as the "Wheel" or "Will" of God.  The fire is carried in the stomach or third chakra of the avatar, causing the passion of God to manifest at His will. 9.  The Poemoe Avatar can only be properly communicated with through feeding birds during the sunrise.  This is known as "The Godspeed Hour".  The body must be cleansed and well groomed.  The house must be clean and the floor must be wiped clean.  He is contacted through focusing on the visual manifestation of earth (the ground), wind (smoke), water (alkaline), and fire (the sun).  This gives birth to the solar self.

Love it btw Moe could not have summed it up better myself...or could I? hrmmmmmmm

I can move forwards and backwards through time and space too...lets make a blockbuster movie together :)